Don’t miss Nicole as Sister Mary Downy in Disaster!–a side-splitting homage to classic disaster films with recognizable ’70s songs like “Knock on Wood”, “Hooked on a Feeling”, “I Am Woman”, and “Hot Stuff”. With direction by Michael Laun, choreography by Nicole, and a cast that also includes Natasha Hause (Jackie), Casey McClellan (Ted), Jamie Jones (Shirley), and Miranda D. Lawson (Levora), the production runs April 17 – May 12, 2019 on Sacramento Theatre Company’s Main Stage. Disaster! will leave you dancing in your seats and rolling in the aisles.

“The guests are great, particularly Nicole Sterling as Sister Mary Downy… Her ‘Never Can Say Goodbye’ is a highlight.” -Bev Sykes, Davis Enterprise

“The show’s superstar, however, comes in the form of piousness… Sister Mary Downy is played by Nicole Sterling… whose physical comedy is spot-on and her big number, ‘Never Can Say Goodbye,’ left everyone in tears of hilarity… This show boasts such a strong ensemble that I wish there had been more group numbers. ‘Hot Stuff’ and ‘Knock on Wood’ were two of the highlights of the evening, showcasing choreography by Nicole Sterling…” -Courtney Symes, Broadway World 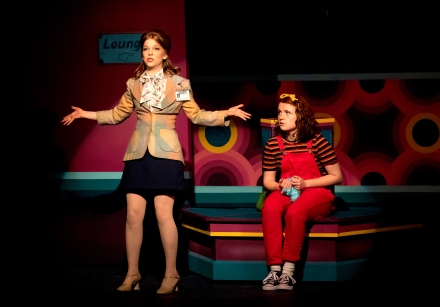 Natasha Hause (Jackie) with the Cast of Disaster! 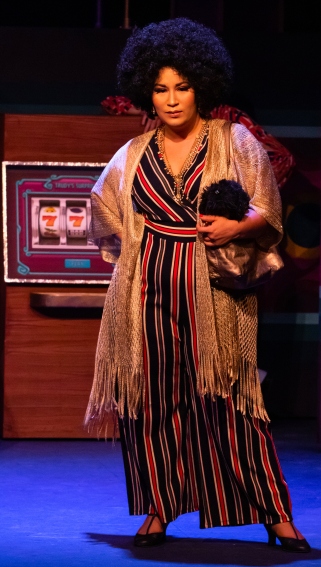 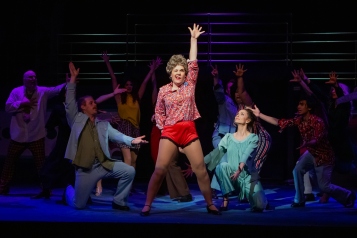 Jamie Jones (Shirley) with the Cast of Disaster!

The Cast of Disaster!